Re: A message: Synesthesia and syntax learning research for dyslexia and ADHD people

Ok, let me describe what it is like. I have told many people about it, but none of them would really understand.
Imagine the English syntax POS (part of speech) as different texture of small bricks: they feel like rubber, wood, and aluminum...
POS of noun = wooden bricks
POS of verb = round rubber bricks
suffixes = small aluminum rings, cool and icy sometimes, metal like
POS of prep = plastics rings or triangles
POS of adjectives = plastics bag or wooden impressed slot (mostly depends on the suffix: -ing or -ed)
Now, We all know that English is an SVO language
When I read through the sentence, I can feel the textures of the whole sentence, based on syntax, not semantic meaning!
I developed the feeling when I was thirteen, as the time I started to learn English formally at junior high school.
I had played lego and clay when I was a kid, and the regularity of English syntax, made me think of these small bricks and the textures.
So I assigned (imagined) the texture of the POS and trained myself to parse sentences swiftly by quickly located main verb and its predicates.
By drawing some mnemonic devices on the sentences. (round for verb, rectangular boxes for noun and noun clauses and noun phrases, subjects)
And after the first year, when I was 14, I got used to it and no longer need to parse the sentence from the very beginning of every sentences.
I don't need to draw any mnemonic devices anymore, because I already know the regular texture combination of an English sentences (in a legitimate syntax)
When you tough the rubber(verb), then you know before and after it you will feel wooden objects or wooden impressed slot, or plastic bag (adjectives)
The syntax is a regular way of sequencing those textures over and over again.
When I read, it feels like caressing through embossed desktop or the relief on the wall. Thus I got far better and faster reading efficiency than any of my peers.
I got some other confusion when explaining these feelings to others. Then I wonder if it was just my imagination or some nerves were actually wired by my assigning texture properties on POS.
Those feelings are systematically, and seldom goes wrong.
I was wondering if it was an illusion until the day of pedagogy syntax in graduate school. The professor gave us some sampled sentences with strong ambiguity , or so called garden path sentences.
I could quickly distinguish the syntactic structure and figure out all hidden meanings of the given sentences. But others could not do it.
That's the point I realize I got some special things going on in my brain, the feelings are real.
If it was Japanese or German, the syntax is SOV. I feel the reverse way: two wooden bricks and then one rubber round bricks.
I had learned these two languages before, and they do feel very different texture in my brain. It's a fun experience.
The Japanese feels more soft like a blanket, and the German feels like it has smaller brick size and almost all of their lexicons are rectangular wooden bricks.
The German makes new word simply by sticking them together directly. It's an endless wooden brick train. And it also got more suffixes!
The Japanese got more reflexive turn, and feels very like....elastic plastics sticks wrapped by blankets.
Mandarin Chinese is my mother tongue, and it got another tactile feeling for those words, lexicons and calligraphy when I read it.  But I feel less for its syntax, I have no idea why. It feels like running air or a trace of flowing water.
Maybe it would work on most of analytical languages in the world.
Then I met my dyslexia students. and I realize two of them have huge problem on understanding the abstract syntax.
I taught them the simple assigned rules of mnemonic devices and saw their improvement. (But they didn't feel anything on texture)
Well, I got some other effort on utilizing these on teaching
http://fall-cicada.blogspot.tw/2014/11/cla-1125-notes.html
http://fall-cicada.blogspot.tw/2015/10/dial-like-multiple-layer-plates-designs.html
https://www.youtube.com/watch?v=TJu2Rj2DJbo
Well, this letter is way too long and I will cut it here by waiting for your response.
Thank you, Prof.Ward
R,
Howard
2016-04-21 16:30 GMT+08:00 Jamie Ward <jamiew@sussex.ac.uk>:

Thanks for your email.  Could you give me some specific example of the syntax-to-touch synaesthesia?

I am Howard Wu, a graduate student from Taiwan in East Asia, and this is the first time I write to you.
Prof. Butterworth introduced you to me and advised me to contact you for more information.
I have a rare kind of synesthesia: tactile feeling and syntax (esp. Part of speech)

I have been studying English teaching in NCCU for three years. About 1.5 years ago, I discovered that the way I perceived English syntax is very different from my classmates and my teachers - that's the point when I realized that I got synesthesia, which is an advantage for certain application like learning a new language syntax or making a teaching device for syntax. So I redirect my research direction to a rare field (syntax teaching based on pattern training device) and encounter some more unexpected difficulties.

So young, he has to feed them every few ours. He needs to carry them to work and feed them in time. 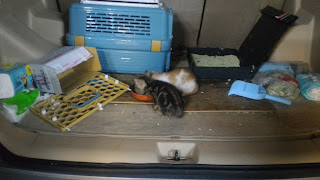 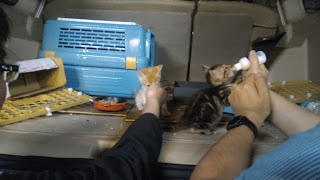 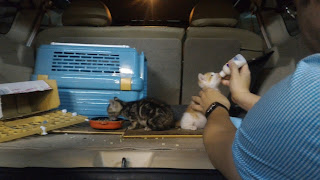 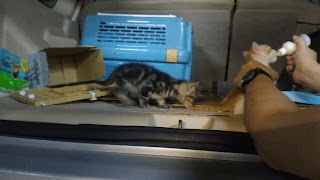