The informatoin in the content was devoted by lots of people in Taiwan's largest bbs forum, PTT.
I was just the one who make a summary of those information. Thanks a lot to their biggest efforts so that this list could be done. Anyone who benefits from this document should thank them, too.

I will add an English version of this G doc content if any of you ask me to do so. ^^ 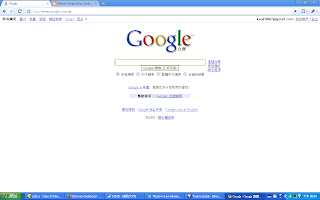 希望Chrome將來不會像Google Talk一樣成為Google產品中的棄子……
----
Google said Chrome wiil eventually support add-ons.But they want to make sure these add-ons won't unstablize Chrome or slow it down. But who knows when will the good day come?
Maybe Firefox, Opera, IE, Safari...or other browsers will make lots of differences in the future. And in the future the Internet won't be what we are familiar with today.
I pray for GC will not be the next give up plans like google talk... 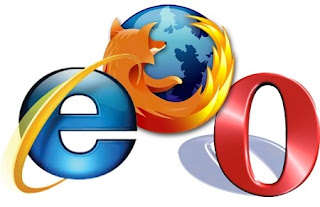 I hope there will be a built-in Traditional<->Simplified auto-translation function in Opera. Then it will be a really great improvent. Let's wait and see.
張貼者： Howl Wu 於 9月 18, 2008 沒有留言:


In order to built this blog, I've been planning for at least 1 month.
What can this blog do?
How frequently this blog update?
How much shall this blog talk about browsers and other related things?
How far shall these articles reach? How deep shall I look inside the things?

After thinking for a couple of weeks, I figured out all above these questions.
The following rules are what I will follow in this future.

1.All of the articles in this blog will be post by Traditional Chinese and English. I do so simpily because I want people all around the world can possibly have a chance to find what they are looking for. Then they may possibly understand all the articles here.
If I am good enough in the third language, I will probably post the three versions of articles at the same time. (The third language will probably be Japanese)
2.This blog doesn't represent any website or any forum. This blog is simply a place where I gather interesting browsers related articles. I will also post my opinion about these browsers and my suggestions.
3.This blog is not professional technical blog, so anyone who interested in browsers or browsers related things can join me. There can be tons of my own browser fantacies and fragment concepts about browsers from all kinds of materials (movies, animations, novels...etc).
I will put other non-browsers related articles into another blog of mine.
This is for the convenience of people who subscribe this blog, so that they can read articles here easily.

4.If anyone asks questions here, I wouuld do my best to answer him/her. But this doesn't mean I have to answer all the questions. It's impossible for me to know everything. Besides, I don't have the responsibility to serve you throughly.
5.This blog may use Creative common rules in the future. But before I throughly understand what CC is, anyone who want to repost any articles here must give them my original articles' links. Thanks for your kindness, I appreciate all of you.
6.I announce my right to edit or delete any articles in this blog, including this one.
張貼者： Howl Wu 於 9月 17, 2008 沒有留言:

翻成英文應該是
"Go further, and you can see more"

Hi-
Is it possible a setting was changed without your noticing?

See the Green Bar containing 'Add Subscription'?
Directly below this should be 'Show: updated - all'
To show all feeds, read and unread, click on 'all' - 'all' should
change to bolded black type. 'updated' will be a blue underlined link.
To show only updated feeds click on 'updated'.

I hope this helps.
Lis